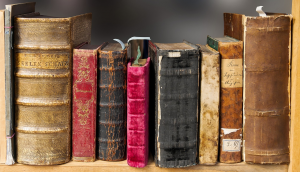 (Photo via Gellinger on pixabay.com)

The graph above shows how frequently the words story, Story, and STORY have been used in a corpus of books throughout the years 1800-2000. Over the years the way stories are told has evolved. The earliest stories were verbal stories passed down from generation to generation, then came the written story. According to The Washington Post, there has been a 13% decrease in the number of adults that read any work of literature throughout a given year. People are not reading as much as they used to. Instead, stories are getting told in the form of movies, television, podcasts, music, and other forms of multimedia. Stories haven’t died, they’ve simply changed in the manner that they’re delivered.

The definition states that a story can be a narrative that has been accepted as true by virtue of great age or long tradition. This explains stories that have been passed down through generations such as legends or folklore, but stories do not have to originate from centuries ago. New stories are being told and written everyday for many reasons.

Stories can be created for reasons such as providing entertainment, to inspire, to teach, or to bring people together through common topics. Understanding this can further enhance an audience’s perception of a story, because people are able to relate to stories through their characters and their overall messages. For example, by knowing that a story is for entertainment, people can relate to the quirks that each character contains or simply enjoy the events that occur throughout the story. This can also allow the reader/listener to respect the amount of work that went into the story by focusing on how the author intended to tie each word together and how much meaning each word holds.

Many stories weave together incorporating multiple perspectives. More often than not, stories have two sides to them. Hearing only a single side to a story will prevent readers and listeners from gathering a greater amount of information to better understand the story. This is what can eventually lead to misconceptions and naïvety, as Adichie explains in her TED Talk, “The Danger of a Single Story.” In this instance, Adichie refers to events in which people rely on singular stories to form their ideas about others. Due to this, their ideas are misconstrued and at times comical by how incorrect they are.

Since stories can be fictional or nonfictional, they can also play a huge role in building up a person’s imagination. Not everybody will have the opportunity to travel the world and experience different cultures. Through literature people can get a glimpse of parts of the world that they’ve never seen and in some cases will never be able to see.

During Chimamanda Ngozi Adichie’s TED Talk “The Danger of a Single Story”, she references several instances that highlight the importance of stories and how a single story can misinform. She states, “What this demonstrates, I think, is how impressionable and vulnerable we are in the face of a story, particularly as children.” (Adichie) Adichie said this after talking about a story she had read that focused on people whose culture was foreign to her. Because of this, she assumed that all stories had to be about people that she could not relate to. This assumption changed after she discovered that African books existed, giving her a whole new perspective about what a story could be.

After recalling a time when Adichie visited her servant’s family, she was astonished to see that Fide’s brother had woven a beautiful basket. Adichie recalled, “All I had heard about them is how poor they were, so that it had become impossible for me to see them as anything else but poor. Their poverty was my single story of them.” (Adichie) If her mother told her that Fide’s family was poor and hardworking, instead of just telling her about how poor he was, she would have had a different story for Fide and his family. According to Adichie, this is how single-sided stories are created. If you “show people as one thing, only as one thing, over and over and that’s what they become.” (Adichie) Here, Adichie details the potential danger of stories, as they have the power to change one’s perspective for the worst. Stories have the power to transcend literary terms and affect the lives of actual human beings.

Another example of this patronizing behavior is experienced by Adichie herself, in conversation with her college roommate. Adichie recalls: “What struck me was this: She had felt sorry for me even before she saw me. Her default position toward me, as an African, was a kind of patronizing, well-meaning pity. My roommate had a single story of Africa: a single story of catastrophe. In this single story, there was no possibility of Africans being similar to her in any way, no possibility of feelings more complex than pity, no possibility of a connection as human equals.” (Adichie) Here, Adichie details an encounter with her American roommate who has trouble understanding Adichie due to her narrow-minded view of Africa and the people who live there. She asks her questions pertaining to African stereotypes that she assumes will apply to Adichie, and is confused when they do not. Here, the single story is the one of an impoverished Africa, told by Americans to Americans. The trouble with these situations is that Adichie understands that her roommate was not being malicious or patronizing, but they were simply curious. They truly believed the stories of tribal dancing and ritualistic behavior they have likely heard their whole life. Unfortunately, this way of thinking loses it’s curious innocence when it becomes the dividing factor between the two. The roommate uses this so called knowledge to create metaphorical barriers between themselves and Adichie. This is the premise of their mental severance.

Stories can serve many purposes; they can be used to entertain and to educate. In The Woman Warrior by Maxine Hong Kingston, the narrator returns home with some seemingly exciting news for her mother. Unfortunately, her mother does not reciprocate her enthusiasm, shifting the conversation from a moment of praise to a teachable lesson. The conversation goes as follows:

Here, the narrator learns a lesson on honor. She initially believes that getting straight A’s is an achievement worthy of praise, but in this moment, she is met with the realization that this feat is seen as trivial on a grander scale. It’s not that her mother isn’t proud of her, but instead her mother wants her to recognize the work of a true hero. This was likely a defining moment in the narrator’s formative years. Despite the fact that this kind of reaction may seem harsh or cruel to readers, to the narrator, this is just an example of how a story changed her perspective on life.

Ultimately, stories are important for a variety of reasons. They are something that is so common in society, and new stories are being created every day. Stories can be as simple as something shared amongst friends or something as widely known as books, such as The Woman Warrior. Regardless of how large the audience is, stories matter. They can be used as learning tools, they can bring people together, or they can bring joy to the audience as entertainment. By understanding the reasoning behind a story, audiences are able to understand the story’s message more clearly.

Ingraham, Christopher. “The Long, Steady Decline of Literary Reading.” The